“For God has not given us a spirit of fear and timidity, but of power, love, and self-discipline.”

I hear this verse quoted often and to be honest, I have quoted it many times when I have trials bursting through my front door. Take what you want from it, but Paul hit the nail on the head when he said that it isn’t God who places a spirit of fear on our life. It’s only from the enemy. Lately, there have been a lot of things that I’ve read or seen that are about fear. It’s really got me to thinking about my own life.

Last night as I was crawling in to bed, I pulled out my phone to check the weather. I was excited when the forecast showed a 60% chance of rain and thunderstorms were on the radar. I was a little disappointed when I saw that they would be moving through at 3:00am, when I would be in a deep sleep. I woke up this morning and was surprised that the ground wasn’t drenched from the storms so I pulled my phone back out and checked the weather  again: it hadn’t made it to us yet! About that time, thunder rolling in the distance solidified what I had just seen on the radar: the storms were coming! As I cooked breakfast for Lance I listened as the thunder got louder and louder, announcing the approaching storm. Shortly after he left for work, they were here! The lightning was flashing, thunder rolling, rain pounding on our porch’s tin roof, and the wind blowing the wind chimes around. Elijah and I sat on the couch together, watching and listening. At one point, I walked to the front door and opened it. Pointing outside I told Elijah, “That’s rain, Elijah.” He was mesmerized!

If you knew me 2 years ago, you would know that this is a completely different Denae. Two years ago when a storm would be forecast, I would panic. I’d constantly check the weather to see how much longer I had before this dreaded event would occur. Once the rain started, the sky got dark, the lightning began flashing, and the thunder rolling, it was pace time for me. I would literally pace all over the house during the storm. If I sat, it was for a brief moment to relieve my feet, but then it was right back up again pacing. There’s two particular storms that were MAJOR turning points in my life. The first one, I was probably 6 years old. I was in the car with my mom and brother and we were headed home from my grandmother’s house; we got caught in tornado weather. We pulled off on the side of the road because it was impossible to see the road through the rain and the wind was awful! As we sat there with another car slightly in front of us, the hail started falling. Lightning was flashing every few seconds and it seemed like the thunder never stopped rumbling. We could hear the snap of a tree as it broke under the violent wind. It was the longest 15 minutes of my life. As we got back on the road, we saw where numerous trees had fallen along the route we were taking. We later found out that a tornado had come through not too far from where we were parked at. From that day, I hated storms.

The second storm that really sticks out to me is one that I encountered when I was a freshman in college. My parents had left for a business trip so I was home alone for the weekend. There were storms forecast, which I wasn’t looking forward to, but oh well. I was an adult and could handle it… so I thought. Friday night came and the storms hit. My mom had this weather radio in her room that was set to tell the weather in our area. Anytime there was a watch or warning, the radio alarm would go off until it was silenced and then the national weather service guy would come on reading the alert. Wouldn’t you know that stupid radio started going off! I was terrified to walk back there to see what it was… severe thunderstorm warning for our area. Great. This bites. I turned it off and went back to the living room. Not even ten minutes later it was going off again: tornado warning for your area; seek shelter immediately. What in the world?! I freaked out! I ran back to the living room and looked outside… it looked pretty nasty. Fast forward a few hours. This was the 3rd tornado warning for our area that night and I was a nervous wreck. By this point I had set up some blankets in the bathroom and had the dogs locked in there. I had already gotten a couple of phone calls from one of my grandmother’s to inform me of the tornado warnings and to check on me. I had had enough. I went in to the bathroom as the 4th tornado warning came across the weather radio (I might add that the radio was set for like 4 different parishes so I was getting all of their alerts too!) and laid down on the floor next to the dogs. I just started crying. Then I got hysterical. I was petrified. The thunder, the threat of tornados, it was all too much. I had prayed before, but this was different. This was literally a moment of desperation when I cried out to God. I begged him to take this stupid fear of thunderstorms and tornados away. I cried out in how desperate I was for a change and quoted that verse in acknowledgement that this spirit of fear of thunderstorms was not of Him, but of satan and I needed to be set free from the chains it had on me. I cried for a good while, but I didn’t stop praying until I knew I was free. I got up, opened the bathroom door, and stepped into the hallway. I knew that I was free of that spirit of fear. It wasn’t like a weight had been lifted off of me, more like I had such an overwhelming peace.

Shortly after Lance and I got married, this spirit tried to creep back in though. I have to tell you, just about all of my family FREAKS out about bad weather. Well, not even bad weather, but any chance of rain or storm, it’s like a panic switch is flipped. Lance and I don’t have cable, and my family knows this so every time there was rain in the forecast for our area, my grandmother would call me to tell me. She meant it with the best intentions and just wanted me to be aware of what was going on, but it started making this little spirit of fear start knocking on my door again. If I didn’t answer the phone call, she would leave a voicemail and call me back again a little later. I kindly explained that I had a way of keeping up with the weather and though I appreciated the thoughts, I would rather her not call me with the weather. She didn’t stop so I asked my mom to talk to her–I could feel myself opening the door to invite this spirit of fear back into my life, the same spirit just a few years before I knew I was free from. My mom spoke to her, but the calls kept coming. I learned to just delete the voicemails before listening to the whole thing if I heard the words, ” I just wanted to let you know that the weather…” Eventually, the calls with the weather stopped and I was able to slam the door shut on the spirit of fear that was inching its way back in.

I had never thought about this at all until this morning as I sipped my coffee with my son and enjoyed, truly enjoyed the thunderstorm. My mom called not long after it passed and something about our conversation just opened my eyes to this amazing truth: sometimes the spirit of fear in our lives is there because of the company we keep. I don’t just mean family, although for me, I allowed this spirit of fear to linger as long as I did, and even tried to let it back in, because I allowed my family’s fear to enter my thoughts. Sometimes it’s the media that places fear on our lives. I was reading an article yesterday about how so many American women will admit that birth truly scares them and when asked in a poll, the majority of them said they watched TV shows about birth and that’s why they were scared. I saw on Facebook where another person had posted something to the effect of, “If I lived in Boston, I wouldn’t leave my house with that bomber still loose!” (before they caught him). A Spirit of Fear! Yes, tragedy happens, things in life are scary, but if we get caught up in that one particular moment, our whole life will be ran by this spirit of fear. How unproductive I must have been when I was letting my life be ran by storms, something I have NO control over. I think that’s where we get stuck… we are so used to having control over everything that when something comes along that we CANNOT control, it’s enough to send fear running through our veins.

So today, whomever you are reading this, know that I am praying for you. If you are struggling with a spirit of fear in your life, know that when you cry out to God, he will hear your prayer! I leave you with this scripture that is so powerful and is the number one place to start with overcoming a spirit of fear: start by getting in to God’s presence. 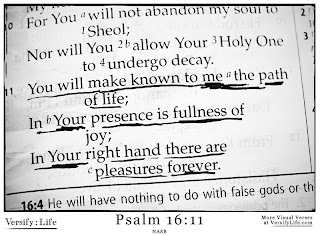 “You will make known to me the path of life; In Your presence is fullness of joy; In Your right hand there are pleasures forever.” Psalm 16:11

When you abide in the presence of God, you are FULL of JOY which leaves no room for anything else to come upon you. =)