This past weekend, Lance and I took a trip to Leesville to see my grandparents. My Mamaw is 74 and my Papaw is 81… they still get around great, but I rarely get to see them. My Papaw drives cars for a local dealership, bringing them to different towns and picking up ones for the dealership. Sometimes he has to come through Vidalia so he always tries to stop and see me! I enjoy those little surprise visits, although they are few and far between!

The last time we had any significant amount of time to spend with them was right after Elijah was born. They came over for the Balloon Races so Elijah was about 3 weeks old… now he’s 7 months so it’s been a big split since they’ve been able to have any good one-on-one time with him!

Saturday morning, we enjoyed a nice breakfast and then loaded up to go just north of Hornbeck to a place called Hodge’s Gardens. As a child, my fondest memories of visiting my Mamaw and Papaw were our trips to Hodges Gardens and to Toledo Bend/Texas. Hodges Gardens (click the link and it will bring you to a full history of Hodges Gardens with original pictures of when the construction was taking place) is a 4500+ acre garden, basically. A man named A.J. Hodges bought over 100,000 acres of land back in the early 1900s and then used the natural layout of the land to build this beautiful garden. It was originally for his wife and was private, but in the 1960s, they opened it up to the public. After Mr. Hodges and his wife passed away, the children donated the gardens to the state. Now it is a state owned and operated park, with camping facilities, fishing/boating on the 225 acre man-made lake, and trails to walk on (or ride horses if you have them!).

I cannot begin to describe how beautiful it is there. A lot has changed since the family owned it, but it’s still nice! Here’s some pictures from our trip!

There are many waterfalls throughout the park. Here’s one of them! 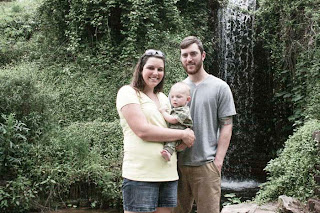 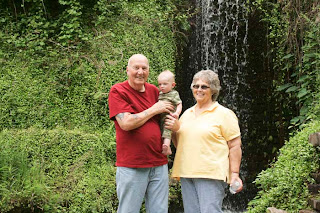 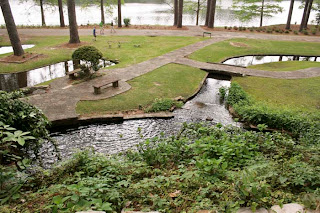 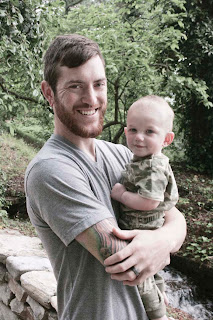 There were a bunch of little gosslings running around with their mommas! 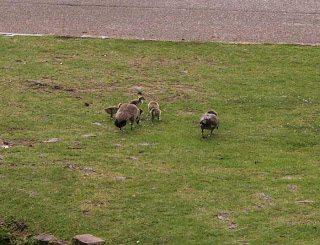 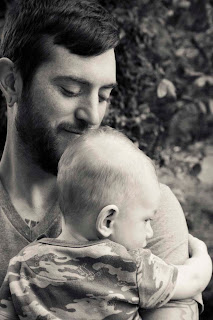 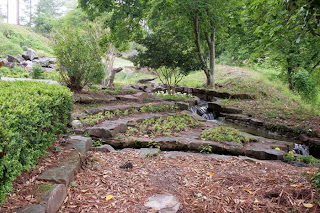 Elijah was fascinated with the waterfalls and any running water! Lance would stick his feet in it and let him play! 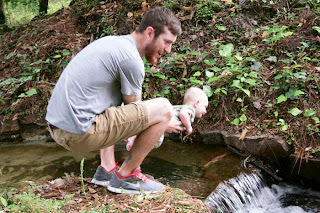 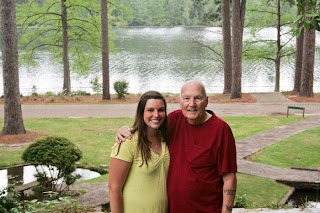 Mamaw got a phone call, but it was still a good photo opportunity! 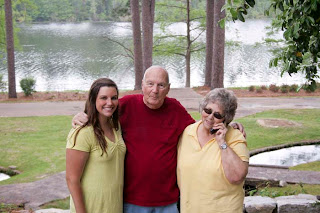 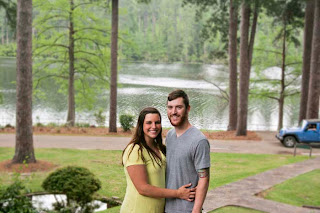 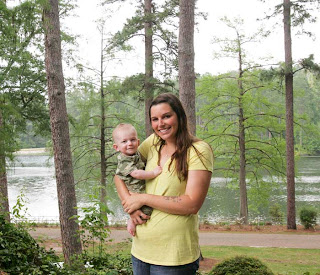 Lance showing off his juggling skills with some Camellia buds 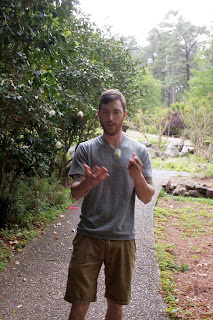 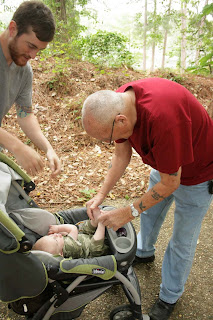 This was in front of a statue – Lance read it to us! How passionate! 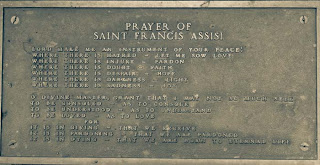 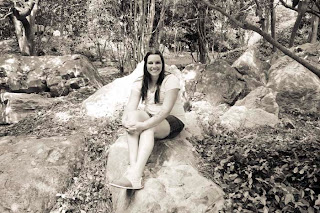 One of the prettiest spots to me! 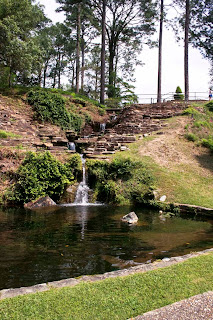 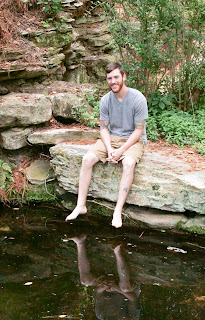 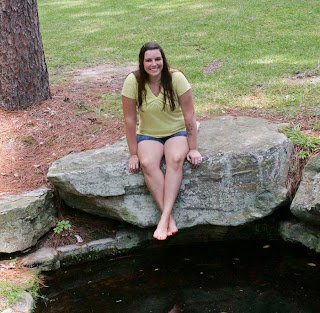 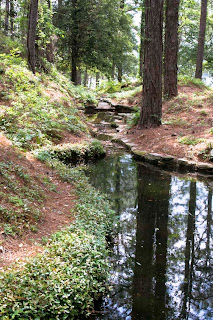 They named a rose after me! Well, they spelled it differently lol 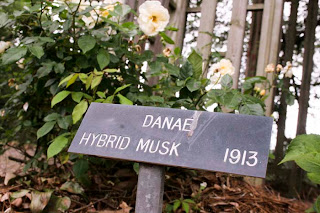 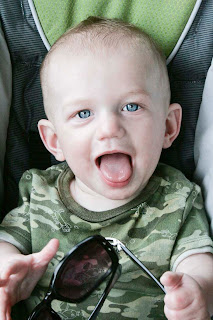 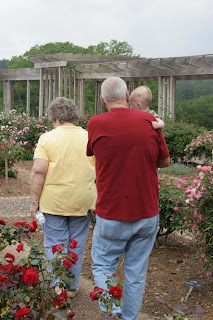 Strolling through the old fashioned garden. This seriously is like a scene out of Romeo and Juliet. The way the arbors are built and the rows of roses… it’s so beautiful and the fragrance is heavenly! 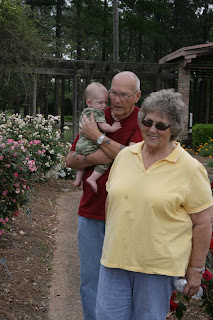 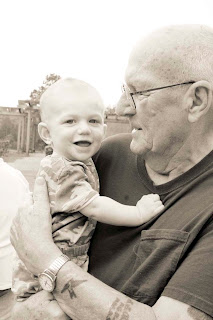 Our trip was awesome! I tried to book a cabin here for mine and Lance’s second anniversary, but wasn’t successful for that weekend. We’re hoping to be able to go stay a full weekend sometime and do some fishing!

Oh, I forgot to mention! There is a private island in the middle of the lake with a house on it. Mr. Hodges used to have a ferry that he would dock just off the main garden, load up on it, and then head over to the island. There, he would dock the ferry, get off, and then travel through an underground tunnel that opened up inside of the house! How cool would it be to travel through an underground tunnel and when you reach the end, you’re in your house!? I was always fascinated with this as a child, although at one point I got the story twisted and actually believed that part of the house was underwater as well and he was able to look out of windows and see all the fish (kind of like an aquarium!). It’s amazing what our childlike imaginations will come up with!

It was great to be able to share some of my childhood memories with Lance and Elijah. I have spent many nights telling Lance about Hodges Gardens and all the fun I used to have there so for him to finally see it for himself and marvel in the beauty was great! When Elijah is older, we’ll take him back so he can really enjoy it!